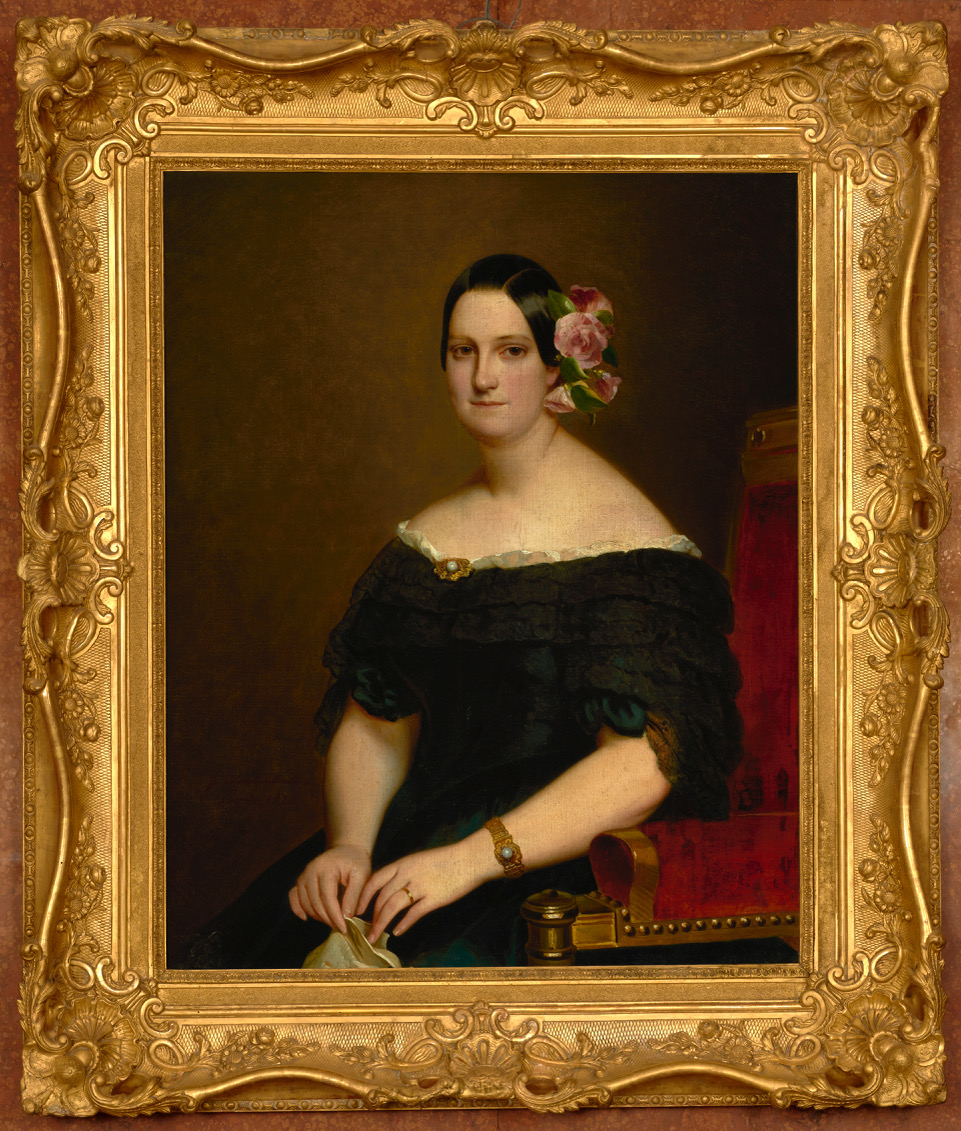 In the symbol of the Camellia

Until the 16th of October Villa Carlotta will host a masterpiece from the collections of Reggia di Caserta: The portrait of Maria Cristina Ferdinanda di Borbone of Franz Xaver Winterhalter, painting of one of the biggest portrayers of the aristocracy and of the ruling houses of Europe, known to have captured in her magnificent beauty the Empress Elisabetta of Austria, the legendary Princess Sissi.

Presented inside the exhibitive trail of the Museum, in the Views room, the painting portrays Maria Cristina (1806-1878), Ruler Queen of Spain which was divided between conflicting political factions in the ‘30s of the 19th century. Her scandalous secret marriage with an ex-sergeant of the royal guard, Augustín Fernández Muñoz, had accelerated her political fall which endend with the volontary exile in France. It was during the exile, in Paris, in 1841, that Winterhalter portrayed her in two identical paintings (the second version is preserved at the Musée national des châteaux de Malmaison), while she is wearing a simple black wintry dress and a few jewels. A detail of fine taste and elegance stands out: the hairstyle gathered enriched by Camellia japonica flowers, also known as Winter Queen because it blooms between January and March. The floreal detail acquires another meaning, that of the acknowledgement of the royalty of Maria Cristina, who didnt want to bow to the convections enforced by history and her social class.

The exceptional loan of this painting falls within the agreement protocol recently signed between the Ente Villa Carlotta and the Reggia di Caserta, two of the most beautiful places of Italy, keepers of an extraordinary artistic and botanic heritage, with the aim of sharing skills, knowledge and tools and promoting combined initiatives of enhancement.