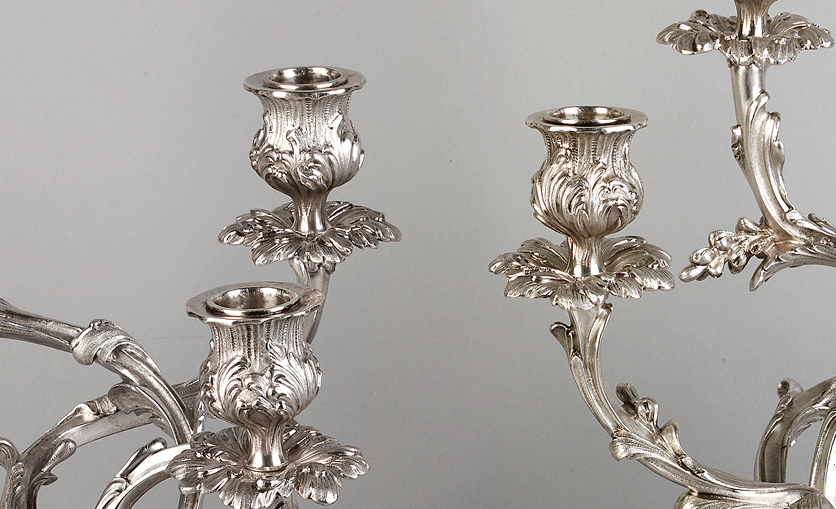 Journey through the Collections. Lights and splendours of the Golden Century

The splendours of the 18th century evoked by the exhibition featuring the Clerici family also reverberate between the walls of the Wunderkammer. The unifying thread is light, the main feature of the art and thought of this century filled with charm and open to modernity. It is for this reason that the display cases host a selection of candelabra and oil lamps belonging to the collections of Villa Carlotta. They testify to the way of life in the rooms of this dwelling before the advent of electric lighting. We find branching candlesticks made by prestigious German and French silversmiths, which were used on the most important occasions, as well as objects of everyday use and simpler manufacture, such as the series of oil lamps.
The showcases in the centre of the room exhibit a valuable silver basin made in Milan in 1929, in which many elements are inspired by 18th-century Rococo, and a set in gilded bronze consisting of a table clock and two candelabra, embellished with oriental polychrome enamel inserts.