Our mission is to use our expertise to preserve and promote the historical, artistic and botanical heritage of Villa Carlotta.

Here, on the shores of Lake Como, we aim to welcome every guest and fill them with joy in a marvellously unique experience tailored to their interests.

Over three hundred years of great collections underpin the history of Villa Carlotta, where art walks side by side with nature in a breath-taking landscape scenario. Overlooking the shores of Lake Como, the villa was built in the late-seventeenth century by Marquis Giorgio Clerici of Milan. In 1801 Villa Carlotta was sold by Caterina Bigli Clerici, the last descendant of the noble Milanese family, to Giovanni Battista Sommariva, at the time President of the Governing Committee of the Cisalpine Republic (1797–1802) established by Napoleon Bonaparte in northern Italy.

The enormous wealth accumulated by Sommariva during his dazzling political career enabled him to enjoy an opulent life style and to cultivate his immense passion for the arts, especially sculpture, which led to his purchase of works by Antonio Canova and Berthel Thorvaldsen.

In 1843, Sommariva’s heirs sold the villa to Princess Marianne of Prussia, who gifted the residence to her daughter Charlotte (1831–55) when she married Duke Georg II of Saxe-Meiningen (1826-1914). Despite the early death of his beloved wife in 1855, the duke and his family stayed on at the Lake Como abode, adapting the dwelling to changing needs and tastes, renewing furnishings and décor, as well as adding numerous rare botanical specimens that can still be admired today.

The most significant interventions involved reception rooms, transformed by the technical skill and creativity of Lodovico Pogliaghi (1857–1950), in keeping with the penchant of the period. The owner’s preferences can also be seen in the furnishings purchased, of which a number of important items remain, now displayed in the rooms on the second floor of the museum.

Then the duke’s son from a second marriage, Ernest (1859–1941), intervened on the murals of the gallery atrium, with inspired by classical mythology. The precious friezes and painted wood ceilings brought to light some decades ago during restoration are relics of the Clerici period.

During World War I the villa was confiscated by the Italian state and its management entrusted to the Ente Villa Carlotta, established by Royal Decree in 1927.

The foundation of Ente Villa Carlotta originally dates back to the First World War. At that time, the villa was still owned by the German Sachsen-Meiningen family and since it belonged to citizens of an enemy state was subject to continuous controlled administration until the early 1920s.

In the spring of 1921, ownership passed to the state, while in 1922 the controlled administration was converted to sequestrator administration. In those years, the possibility of founding a private body responsible for the preservation and promotion of the Villa Carlotta heritage was considered. The idea was pursued by the lawyer Giuseppe Bianchini, Count of Lenno, who initially worked with the Pro Tremezzo association.

The original project only came to fruition years later, reworked and implemented with the contribution of illustrious figures from Milan and Como.
In 1926, Giuseppe Bianchini, together with industrialist Giovanni Silvestri, engineer Luigi Negretti, and textile entrepreneurs Guido Ravasi and Enrico Stucchi constituted an organizing committee to promote Ente Villa Carlotta, recognized as a non-profit organization by the Royal Decree of 12 May 1927.

The following year, on 23 March 1928, an agreement was signed with the State Property Administration, which entrusted the management of the estate to Ente Villa Carlotta for twenty years, renewable. Since then, the institution has been involved uninterruptedly in the protection and promotion of Villa Carlotta and Centro Lago di Como, in Italy and abroad. 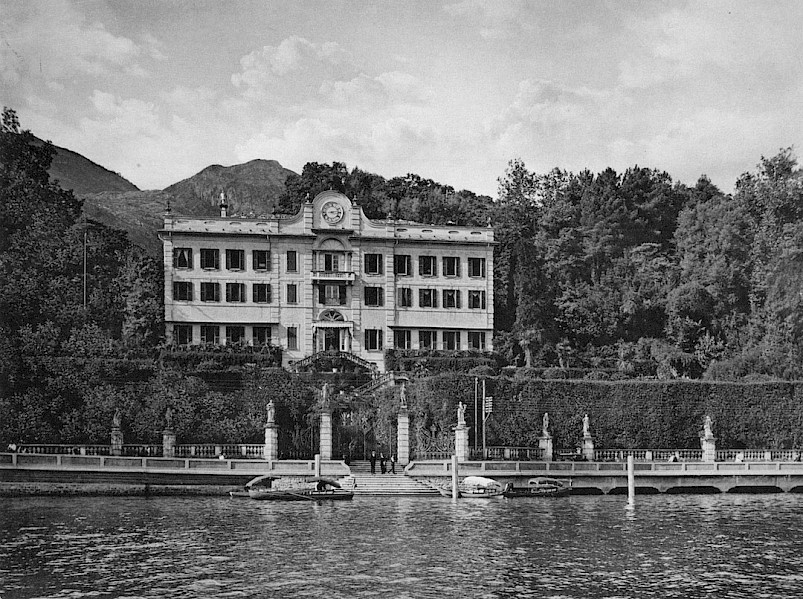 The mission of the founders intended Villa Carlotta to play a pivotal role in the cultural and economic life of the district, always “without any speculation or profit aims, but only for the sake of the preservation and promotion of the property”. For these reasons, quality initiatives (exhibitions, concerts, ballets, publications) were launched immediately. Even today, Villa Carlotta interprets this spirit with an extensive program of activities that attracts residents, scholars, schools and international tourists.

From the start, Ente Villa Carlotta has dedicated itself to care of the gardens, the villa’s key attraction, including important maintenance and renovation works. The same attention has been paid to the art collections, developing demanding museum projects and increasing the number of artworks exhibited, thanks to new purchases and stores of scientifically selected materials, to improve and develop narratives for visitors. 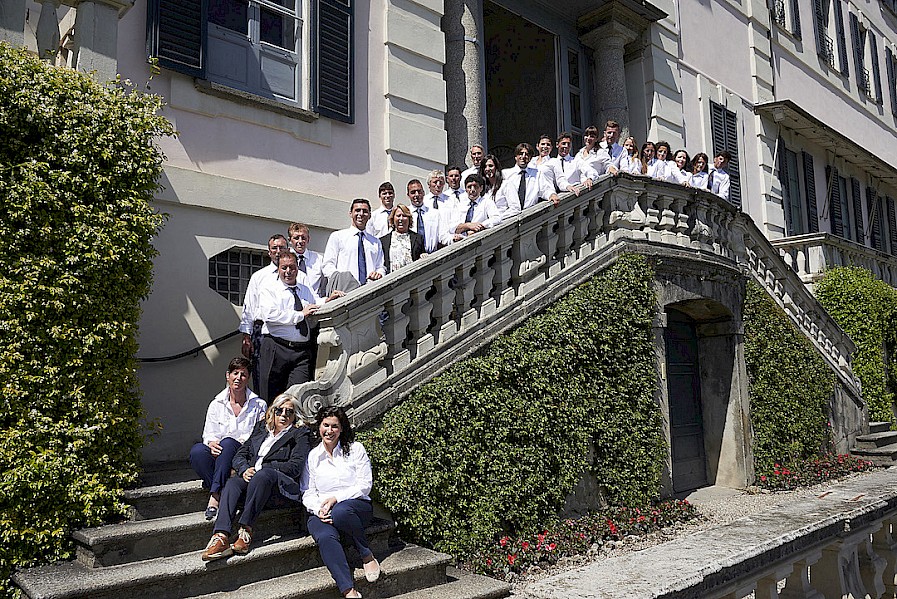 STEERING COMMITTEE AND BOARD

Volunteer groups
Many people choose to help us in maintaining the garden and organizing activities. In collaboration with Auser.